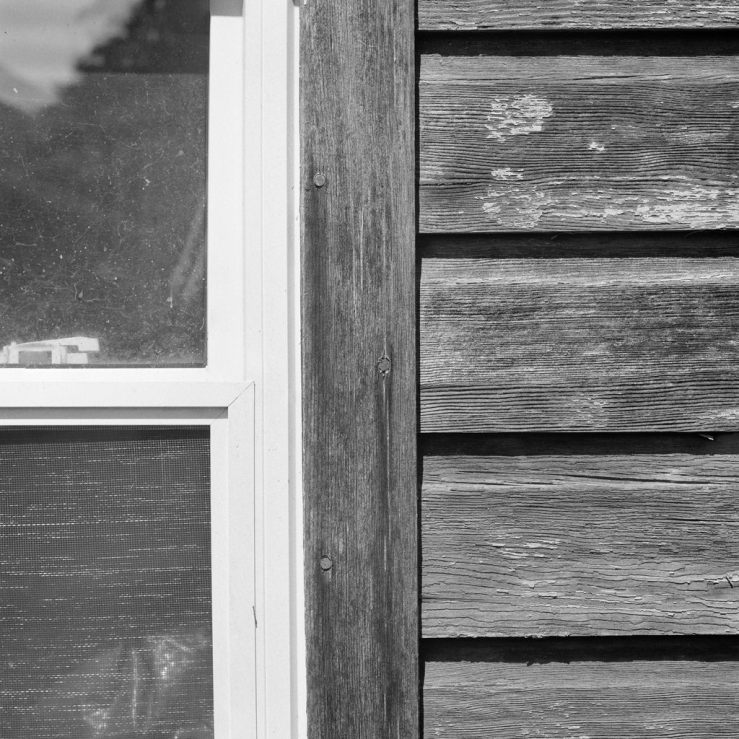 Age related issues have me taking more and more of my film pictures with the camera on a tripod. And that has me thinking about medium format again. I put a roll of 120 FP4+ in my battered old Rolleiflex, put it on an equally ancient tripod, and went out to take some pictures of the same subject as a couple of weeks ago.

I developed the roll of film and when the negatives were dried I cut them into strips of four, put them in a PrintFile page, digitized the whole page with the Epson flatbed scanner, and printed an inkjet contact sheet. I chose the frame that I thought would be the best comparison with the 35mm print I made earlier.

I’ve given up final scanning for prints with the flatbed. Too much dust, and I prefer the appearance of the film grain I get from digitizing with a digital camera. Rather than taking half an hour to change the setup for MF I took six digital pictures of the MF negative with the 35mm setup and stitched them together with Affinity Photo. (I’ll write more about this stitching process in a future post.)

There were no surprises when I compared prints of the 35mm and MF pictures. You can’t really see it on the screen but the 35mm print looks like a nice picture of wood while the MF print looks like wood. My MF process is so much slower than my 35mm process that I’ve avoided it for that reason alone. But now that I’ve slowed things down a lot that doesn’t seem to matter as much.

So where am I going with all of this? I don’t know yet. Stick around and we’ll see.